Mission on my Mind 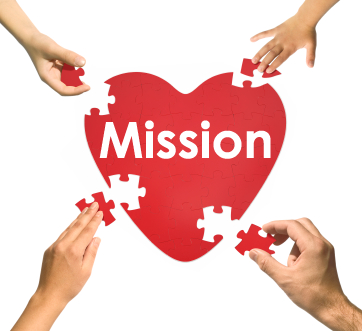 I DID NOT have any plan for Wednesday except focus on our special BEC meeting at night. Special because two of our members, husband and wife Kuya Tony and Ate Baby Couto, were leaving for the US in a week’s time. A cousin of our coordinator, UtoLiza, died in San Miguel, and she had to shuttle to and from there to be at the wake every night until the interment on Thursday. Before she left for Bulacan, however, she was able to whip up her famous, sumptuous dinuguan, her share (plus “puto”) in our potluck party for the couple. The least I could do was disseminate that information along with where the party will be held. The emergency did not derail UtoL’s efficiency. She was quick to alert me to find a venue therefor other than her home, which was our usual rendezvous. So aside from that, I had to ask who among the female members was willing to host the meeting in their house. It did not pose a problem. Ate Lilian texted me back that she’ll let me know if she finishes her appointment early enough to prepare her terrace, once our meeting place. It didn’t take long before she confirmed that, yes, indeed, we can reunite at her house. Relieved, I turned my mind to what was next.

The foregoing happened before I could leave for a 10 am appointment with Ate Marivic, fellow TTJer-servant leader. We were supposed to meet at Burger King on Welcome Rotonda. I googled the landmark because, since I became involved in missionary work of Montfortian priests in Madriñan, my movements have been rather limited to that area and other areas our mission took us. Ever solicitous to my cause, she gave me more directions than google did and my confidence reassured my screwed-up direction sense.

The bus I boarded had a vacant seat behind the driver, the better for me to have a wide view ahead. Anxiety of missing my mark did not even dare enter. In one of the bus’ stops, my attention was attracted by two men who got on but did not sit down. One stayed by the door while the other, his compadre (he said) stayed somewhere in the rear. When the doors swung shut, I sensed what he was up to. Starting with an apology for disturbing the passengers’ peace, he unrolled a crumpled scroll and explained that it was his son’s interment at 3 pm that day but they could not bury him without the P3k needed to do it. I was warning my old cynical self to lend the man a Catholic ear and hold my usual snide remarks until he finished. Although I did not intend to look at him. Then he said that his son died of cancer in the head, which cracked open before he died. That made me look up at him. Not at the picture he was holding because it reminded me of a man whose head was blown open when the cellular phone under his pillow exploded (didn’t give it a second glance, deleted it at once). So I was looking up at the man. He had more teeth missing than my bad dentures which transfixed my gaze. I lowered my head and prayed for forgiveness for my intent to discredit him, albeit mentally. Instead, I took my purse out and pulled the paper bills therefrom, not exercising the usual restraint (out of habit and lack of wherewithal) for my caution flew, along with my heart, out to him. The next thing I saw, the pair was zigzagging in the center of traffic to board another bus. How many, I wondered, dropped coin or paper onto his folder? How much did he raise? What if it didn’t rise to the needed amount? What if something amiss meet the tandem in traffic? I dismissed the helplessness.

I thanked Burger King for their free, uncomplicated wifi. Marivic, in reply to my text, phoned me to say she was on her way. She never keeps me waiting and arrived before I could start on a word game. She looked fresh out of the shower and, right after a greeting, offered me something to eat, asked for my OSCA ID and proceeded to the counter, with me in her wake.

I did not have any inkling of how our mission will turn out. Only an expectation that, once we invite the priest to talk at our Recollection next month, the process will result in another success similar to the one we mounted last month. After that, I decided nothing is necessary to convince me that if it’s for Mary, nothing will miscarry. Besides, didn’t Sr. Mary Grace say not to make plans because Mary will destroy them, because God provides?

Marivic is servant-leader for sub-Team Recollection which, along with three other sub-teams, fall under main Team Evangelization. She said that the priest, Fr. Albert Poblete, Rector of Lourdes School Quezon City, was still in a meeting we have time for a morning snack. We’ve devoured our chicken meals and covered conversation that paused every now and then when she suddenly remembered she was going to pay her son Aaron’s tuition and suggested we leave the burger house already. (She never forgets appointments she all notes down in memory but she was still groggy from the wake and interment of sister Emeline). Which made sense because, at LSQC, right after she was issued an OR, Fr. Albert’s secretary called us to his office.

I did not imagine what Fr. Albert looked like. And that he would change wardrobe as easily as a coded “by-your-leave” with as little fuss as could be managed. After some pleasantries, we left his office and he caught up with us at the guard station, no longer in his Capuchin cassock but casually clad. We made small talk which disclosed his Quezon province origin. As we walked, I noticed he greeted familiar faces that smiled back; Marivic seemed to know them, too. I remembered her having told me that they met through a common friend, Fr. Nelson, whom she and I mutually know.

I wasn’t prepared for his candor when we got to Ponciana’s and filled the waiting for our order trading humor. A Quezon son indeed, without the accent, which he inflected only for effect. Which perfectly complemented my Bicol blood. Our common Sinantol varied only in the absence of siling labuyo in theirs. His comic sense was benign, even biblical, and he was quick on the uptake. His jovial carriage put me at ease. Marivic was our interactive audience. He described us as being on the same wave length. Therefore, lunch was long and leisurely because (pun-intended) peppered with good-natured getting-to-know-you questions and well-meaning aha moments. His jokes never took decency for granted; his reception of mine was earnest. I regretted, however, messing up the Hebrews jest.

Our minds ultimately jelled when talk veered towards what I do. When I told him “I write.”, his interest piqued and he sounded like he had been looking for someone like me. He was very matter-of-fact about his credulity of my craft I did not have to defend what I posited. All I was able to appreciate his acceptance with was “I hope you have found me.”

Further conversation back in his office showed me the honesty of his relief that I was willing to take on his offer of writing for the school, voluntarily, if I fill the bill of their circumstances. While I was definitely dumbfounded by his confidence, I managed to point him towards fb and filcatholic.org, where my works appear, and muster that, if he likes what he reads, then he has really found me. “I go,” I said, “where our Lady leads me.”