Advancing in wisdom and favor before God and man

Pastoral Letter on the Transition Years of the K to 12 Program “He went down with them and came to Nazareth and was obedient to them; and his mother kept all these things in her heart. And J... Read more

Unite my trials with the Lord 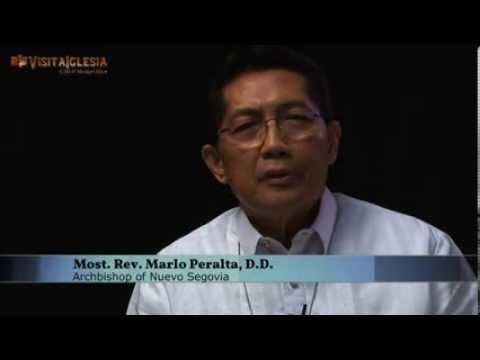 MANILA, March 9, 2015— Pope Francis has confirmed the appointment of Manila Archbishop Luis Antonio Cardinal Tagle as the President of the Catholic Biblical Federation (CBF). The Pope made t... Read more

THE Catholic Bishops Conference of the Philippines threw its support Wednesday behind the creation of an independent commission or fact-finding body to look into the deaths of 44 police comm... Read more

MANILA, Feb. 4, 2015 — What happens when the world’s most influential man visits the social media capital of the world? Naturally, Pope Francis’ recent apostolic visit to the Philippines bec... Read more

CBCP not calling for Aquino’s resignation, but advises him to listen to criticisms

MANILA, Philippines—The Catholic Bishops’ Conference of the Philippines (CBCP) on Wednesday said that is not yet joining calls for President Benigno Aquino III’s ouster, saying that the decision to step down should come from the chief executive himself over the death of 44 members of the police’s Special Action Force (SAF) in a clash in Mamasapano town in Maguindanao last Jan. 25.

In a statement, CBCP President Lingayen-Dagupan Archbishop Socrates Villegas said that Aquino should consider his current capacity to lead and the people’s support in his decision to step down from his post.

“The CBCP cannot morally join in the calls for his resignation, leaving this decision to his humble and prayerful discernment of his capacity to lead and the support he has not only from officials of government but from members of Philippine society,” Villegas said.

While not yet calling for Aquino’s resignation, the CBCP advised Aquino to accept “just criticism” and warned the President’s allies to not cover up for him.

“He (Aquino) has been roundly criticized for having absented himself at the arrival honors for the mortal remains of our heroes. He will, in the future, we hope, make better balanced choices and conduct himself as his high office demands. We pray that in all humility he would willingly accept just criticism rather than have his spokespersons concoct excuses at every turn,” the CBCP head added.

“The President of the Republic, the CBCP prays, should have learned from this regrettable tragedy that transparency and forthrightness are what are expected of him at all times. It will serve him well to listen to sound advice and counsel from truly wise, and not from those eager to curry favor!” Villegas added.

The CBCP’s statement was issued amid calls for Aquino’s ouster voiced by two of its members: Batangas Archbishop Ramon Arguelles and Zamboanga Archbishop Romulo Dela Cruz. Both bishops slammed the chief executive for being “incompetent” in leading the country following the bloody encounter.

Mid-way of 2013: Entrusting the entire nation under the mantle of the Immaculate Heart of Mary

One notable event in this Year of Integral Faith Formation was the announcement of the Catholic Bishops’ Conference of the Philippines (CBCP) of a Day of National Consecration to the... Read more